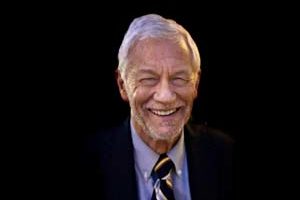 The threat is real.

Florida is the flattest state in the country, with 1,350 miles of shoreline, much of it vulnerable to storms and flood surges that batter beaches and threaten coastal property. Some 35% of the state’s nearly 9 million homes near the shore are at risk of flooding.

The Naples area is particularly exposed. An analysis by CoreLogic estimates a storm reconstruction cost of  $43 billion, one of the highest in the nation. Flooding is bad now and will worsen as the sea level rises. And Isaias reminded us that hurricanes visit Florida every year, whipping up vicious storm surges.

The shoreline is clearly at risk.

The good news is something is being done about it. A far-reaching plan is being developed by the U.S. Army Corps of Engineers to strengthen beaches and protect inland property.

The impresario driving the plan is Gary McAlpin, head of Coastal Zone Management, which is responsible for maintaining county beaches, inlets and bays. Recognizing the coastline’s vulnerability, McAlpin has worked with USACE for nearly ten years to secure funding for the feasibility study.

The study is now at a critical review stage. USACE has drafted an initial plan en route to a 50-year, multibillion-dollar blueprint for safeguarding the shore. The plan calls for the U.S. government to pay 65% of the cost and Collier County 35%.

McAlpin says, “The USACE recognizes the need and is willing to partner with us to develop a risk-reduction program that will benefit all county residents and businesses.”

The first stage, to be implemented when project funding is obtained, involves massive beach strengthening – increasing width to 150 feet and building dune heights to 10-14 feet – and large-scale protective plantings.  That will be accompanied by selective hardening with seawalls, groins and surge barriers, as well as flood-proofing critical infrastructure.

A centerpiece of the project is hydraulic isolation and protection of six separate areas. That means taking a number of small bites, each providing standalone protection.

The intent is to use the taxpayer’s money wisely. Resiliency measures are proposed only if they’re cost effective. For example, some areas may require beach buildup and hardening, while others fare best from elevating or flood-proofing buildings.

McAlpin points out the USACE feasibility plan is just that, a plan. Buy-in from stakeholders is essential. Certain elements of the plan may be adopted and others changed. It will be an interactive process.

County staff and commissioners have been briefed on the USACE study.

The next step is two public workshops, August 18 at 1-3 p.m. and August 24 at 5-8 p.m., at which the Army Corps will solicit comments and suggestions.

A retired chemist, Dave Trecker is chairman of the county’s Coastal Advisory Committee.